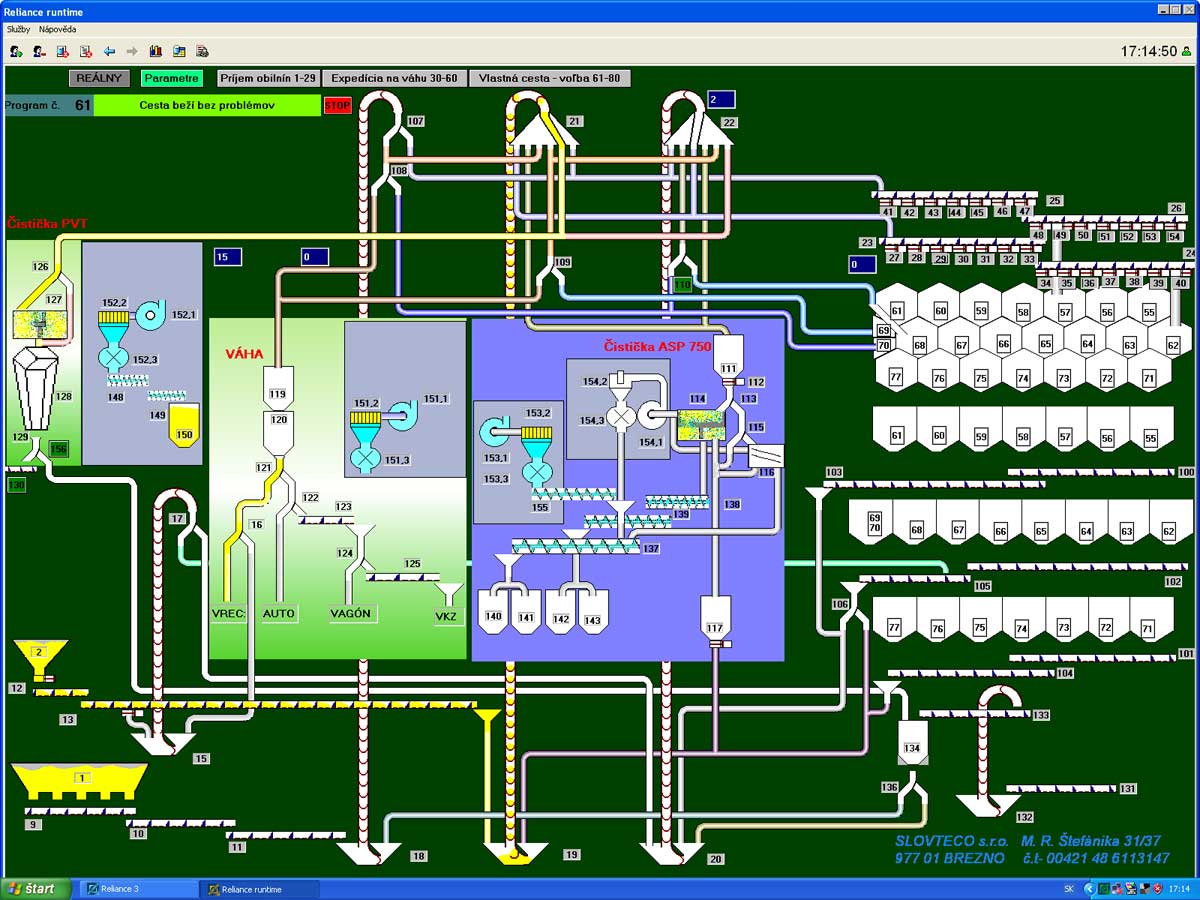 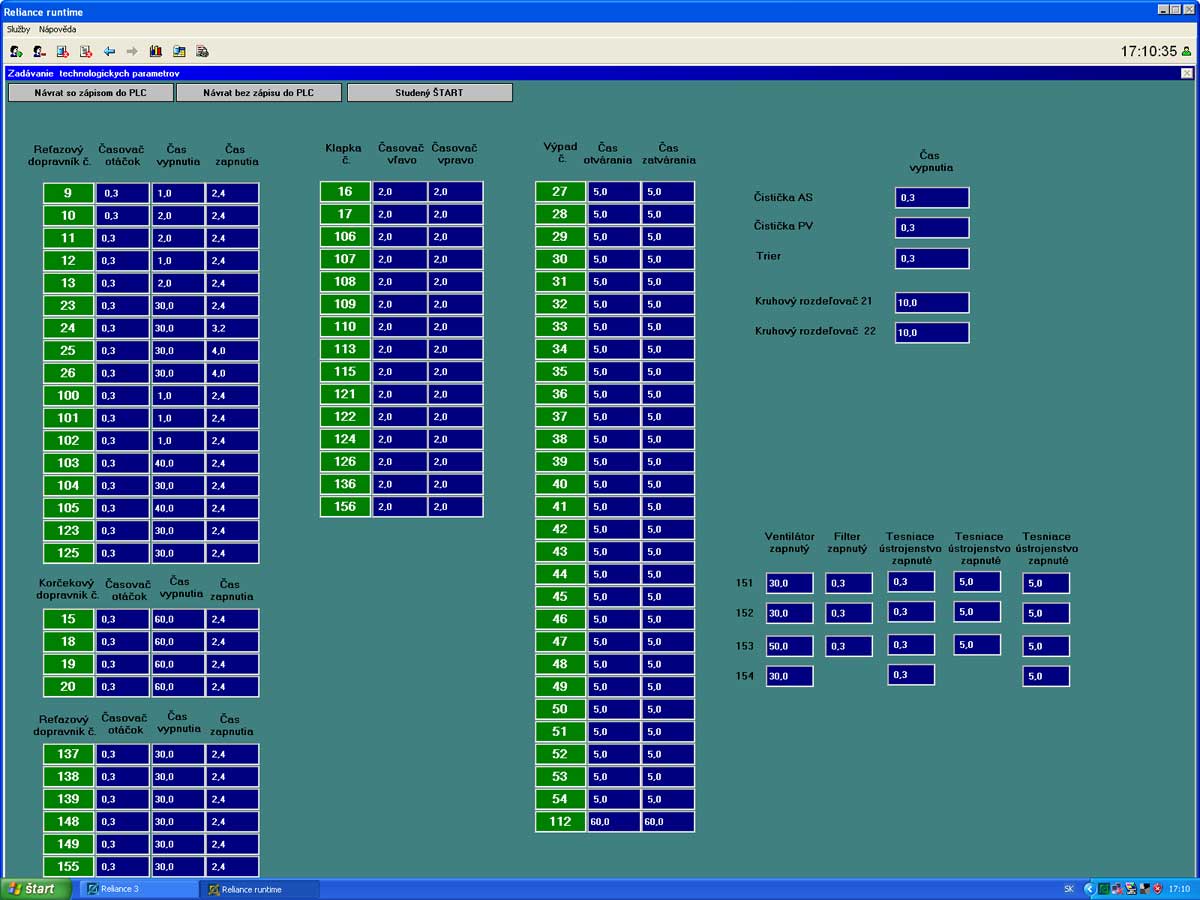 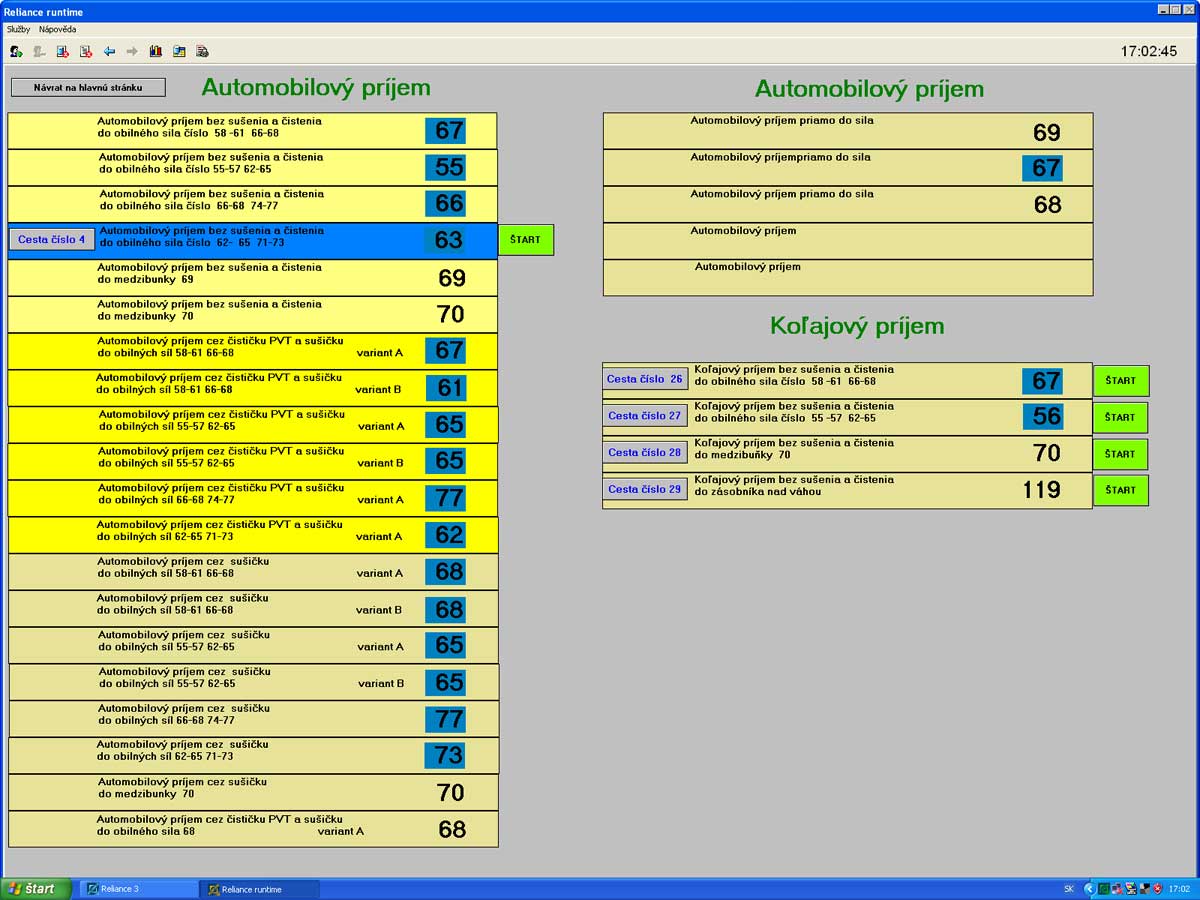 Control system Tecomat has been implemented in Rimavska Sobota in Slovak Republic as a control system for technologies of grain storage in silos for company GEMERNAKUP a.s.

For grain transport ways control is used Tecomat TC700, for grain temperature metering is used Tecomat TC-601, TC-631 and 6x XH05. Programming of transport ways is in computer in central control room via service software, created in Reliance SCADA software. New transport way we may create and programm in create your way mode regardless running transport ways in silo. After creating new way and saving in memorywe may run it at any time. While starting new transport way, control system check a possibility of collision with running way. In case of collision doesn´t run the way and inform the operation person. Checking of error statuses like conveyor belt stop, none overturn flap or closed outputs.

Storage grain temperature metering is through original thermistors. Thermistor resistance value is reading by control system Tecomat TC-600 and processed with service software. Service software store all measured values and in the case of values over the limits inform the operation person.