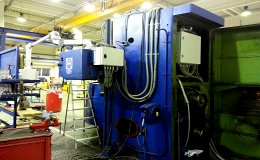 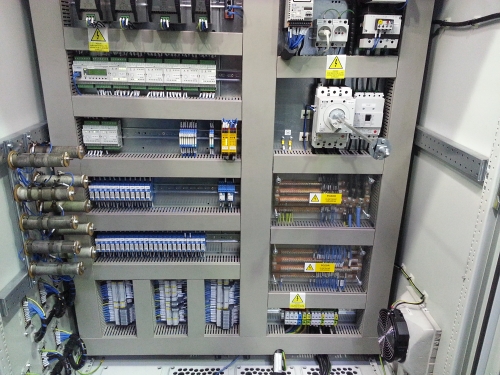 Requirement of investor was complete reconstruction of electro part of carousel lathe  manufactured in 1968. Old relay logic has been replaced by PLC Tecomat Foxtrot (1x CP-1014, 4x IB-1301,4x OS-1401). Thanks to this change it was possible to add automatic functions.

Control and visualization is via OPC server by SCADA software Reliance, what replace original control panel with mechanical buttons. OPC server with Reliance is placed at moving arm of the machine and communicates with PLC Foxtrot in control cabinet.

Touch display is used for full control of the machine, for monitoring of alarm and error statuses and for settings and configuration of parameters.