Control of technology for controlled dissolving of hydrogen into the water - Samsung Mobile Displays, South Korea 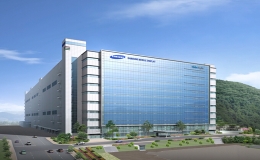 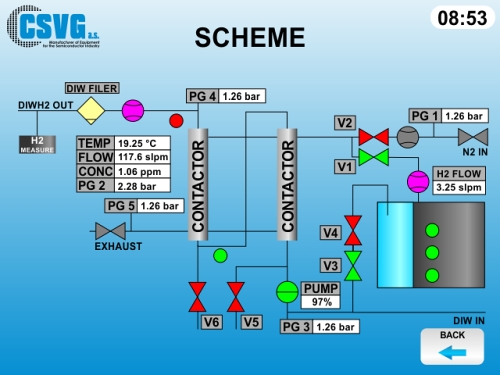 Czech company CSVG a.s. specializes in development and manufacturing of machines for semi-conductor industry. Its customers we can find worldwide – mostly factories manufacturing chips for consumer electronics and displays.

The company is using for the most of its machines PLC control systems from our company Teco – for simple machines system Tecomat Foxtrot and for large machines system Tecomat TZC700. They see big benefits from cooperation with us – flexibility, fast and easy communication, technical support, remote management of PLCs by service TecoRoute and a lot of simple but useful tools for users, for instance program updater.

For South Korean company Samsung Electronics – division of displays manufacturing Samsung Mobile Displays they developed special machine for controlled dissolving of hydrogen into the water, which is afterwards used for clearing OLED displays. Because of impossibility to apply chemicals on organic structures of OLED display, they are using physical property of H3O+ for removing dirt from display flat.

The whole process is controlled by central module Foxtrot and touch display ID-28. For expansion of inputs and outputs there are used modules OS-1401, IT-1604 and IB-1301, which are connected to safety sensors, pump control and valves control. Complete software including graphic user interface has been created by programming tools Mosaic and Web Maker.

The first prototype has been installed in Samsung manufacturing plant in beginning of 2015 and after testing there will continue series manufacturing of machines. This technology is a unique solution on world´s market and our company Teco and our products has helped company CSVG a.s. to develop such great technology.