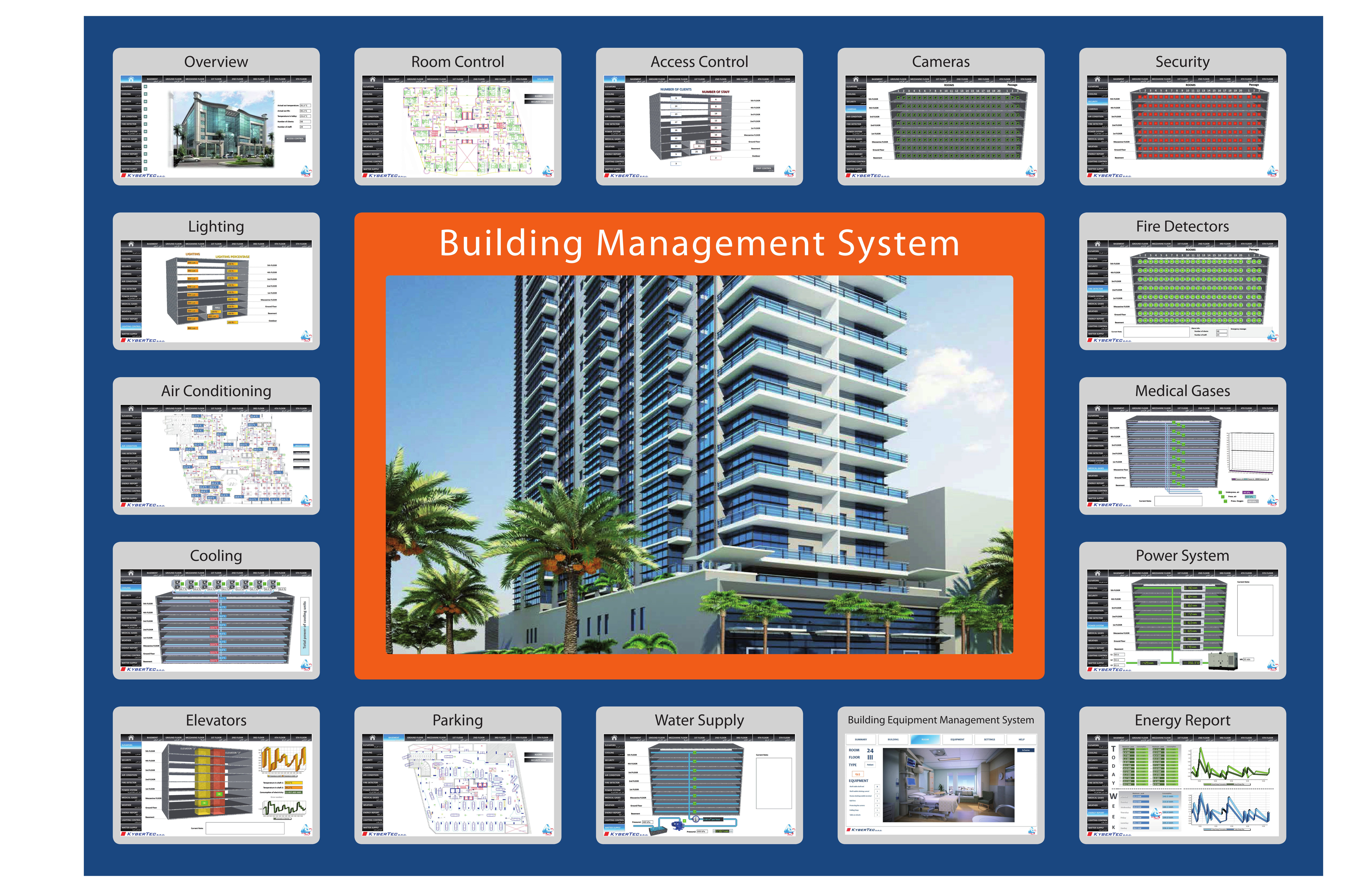 The most energy in the house is spent on controlling the climatization, which is through the basic controlled functions. This is more in modern low-energy and passive houses, where the emphasis is on minimizing energy losses, i.e. heat and cold, cladding with the automation and optimization of individual processes. Maintaining indoor climate in a sealed interior requires a sophisticated solution for temperature, humidity control, fresh air maintenance based on CO2 concentration and thus controlled ventilation. In winter, it is necessary to recover heat optimally dosed e.g. by heat pump; on the contrary in summer to recover the cold obtained by optimizing the running of air conditioning. In a modern house, everything is related to everything, so the control of the blinds that prevents accidental heating  in summer is part of indoor climate control, although it is primarily the shading. Domestic water heating is another integrated technology in the overall energy of a home. It can be optimized through the controlled use of surplus solar energy from both thermal and photovoltaic panels. Tecomat Foxtrot has a wide range of modules and indoor sensors and thermostats in all established switch and socket designs for virtually any combination of heat and cold sources as well as heat exchangers in individual rooms or zones, such as radiators, convectors, floor heating, air conditioning, ventilation, etc. Equithermal control, zone control and cascade control belong among Foxtrot’s basic functions.

Controlled automated ventilation and recuperation go hand in hand in modern homes. Normal ventilation, with the exchange of air, also blows the heat (or cold) contained in the exhaust air that we just wanted to save by insulating and sealing the casing. Recovery is thus effective for keeping the heat inside the house and also for exchanging the exhaust for new air. With theTecomat Foxtrot solution, you will achieve the optimum, which will not only reduce economic costs but also increase the comfort of the building.

The controlling of light other than through conventional wall switches is a gratifying introduction to smart installation in all marketing materials. The ability to control the bulb directly from a mobile phone is the easiest implementation of a function, which a user can buy in a shop or on the Internet and install on their own - by screwing. However, if the lighting control is meant to be serious, comprehensive and throughout the entire home, there is no preventing interventions in the power circuits in the distributor with the circuit breaker and the electricity meter. And it is a job that requires a professional company with professional qualifications. A truly modern system, if you want a smart installation, is a combination of wall-mounted controls that look the same as conventional switches, but are able to evaluate the length and number of keystrokes and offer more functions, having color LED status indicators or built-in temperature sensors, usable for comprehensive control of the interior. The Tecomat Foxtrot system is unique in its adaptability to practically any design of switches and sockets from global manufacturers. Likewise, indoor and outdoor lighting sensors, presence sensors in individual zones, dimmers for all of today’s light fixtures, fluorescent lamp LED chips and strips as well as LED light bulbs and RGB color control are an integral part of the kit – the entire Foxtrot ecosystem.

Blinds and gates have one thing in common – a motorized drive. To control DC or AC drives, both from the power distributor and switching directly at the motor’s location, the designer will always find the right driver – actuator in the Foxtrot ecosystem. Frequently, such a module is combined with other useful inputs – for example, for a nearby wall mounted manual control knob or open window sensor, etc. The wireless control of the gate and blinds is always centralized in the Foxtrot system installation. It is therefore not necessary to have a special controller, keychain or application on the mobile phone for each motor, each blind.

Temperature measurement is the most common role in a home. In the system installation on the Foxtrot CIB system, practically every module, whether it be a sensor or actuator or a combination of them, always has a universal digital/analog input. It can be connected directly to both a contact and a passive resistance sensor, a thermistor, semiconductor sensor. The selection is large, the inputs universal. It can be selected according to price, according to the accuracy and according to the design (interior sensor, pipe, floor, outdoor sensor, etc.). It is an approach or a philosophy where measurement is used for each location, each module connected through a single CIB bus. If someone has seen the 1-wire digital communicators needed to connect a 3 driver bus, and is willing to divide a separate bus in parallel for the temperature sensors, Foxtrot finds the interface to connect and process these sensors.

Foxtrot is prepared to capture all the physical quantities that occur in practice. This preparedness is based on a number of modules on the CIB or the wireless RFox, which have inputs customized to the specifics of a particular sensor. Whether it is soil volumetric humidity, relative humidity, gas concentration: CO, Methane, Butane, smoke, so-called VOC, etc. Other values include the water level in a well or tank, pH and Redox measurements in a pool, meteorological wind speed and direction, precipitation, incident of solar energy, incident of light. Measurement of electrical quantities –consumption, voltage and current from the grid, flow measurement, water consumption, gas consumption. All these are quantities that are not initially used and therefore not installed, but over time, when the user is becoming accustomed to how everything controlled by Foxtrot is comfortable and reliable, they can gradually add them to their home.

The control of multimedia, an integral part of the system installation, is a popular and attractive theme. The Audio and Video field has always been fast and part of dramatic rapid development, it being widely accepted that multimedia equipment recovers more quickly or more often than the electrical installation in the home. It is not easy to find a management system that connects any audio-visual equipment from a variety of manufacturers without problems, and also maintains compatibility even when replacing such devices with new ones. The Foxtrot System is open thanks to its user-friendly free programmability and can be connected to any device without direct support from the manufacturer. As a standard solution supported by the manufacturer, the Foxtrot system now offers integration with the BOSE Soundtouch wireless multiroom audio system and the KODI wireless multiroom multi-media players now running on a variety of HW platforms, mostly on the Android operating system.

Photovoltaic power plant in homes are experiencing a Renaissance. Efforts to increase self-sufficiency, reducing the utility bill, and financial support for a solution that generates the maximum energy generated at the point of origin, are turning toward hybrid photovoltaic power plants, a combined power plant with battery storage. Modern lithium batteries have a high service life, i.e. a high number of charge cycles, but at the cost of the managed care for each elementary battery cell. Tecomat Foxtrot has both HW and SW peripherals for advanced battery management. For the full use of solar energy, the weather forecast must also be taken into account. For online predictions for the location, Tecomat Foxtrot will download current data from the Internet.

Communication with the user

The communication of the system installation with the user begins on the wall on the switch in the same way as the conventional installation. The light has to be swiftly switched off or switched on in places, where everybody has been expecting it for more than a hundred years when electricity began to be used. What’s new about the system installation, is that everything can be controlled from elsewhere, from another device, today mainly from a “mobile”. And not only within the house and its wireless coverage of wifi networks, but from anywhere on the Internet Some people prefer a graphic display or a tablet on the wall because it is permanently in the same place; someone can also enjoy SmartTV, which is also equipped with a web browser today. All of these devices point their browsers into internal web pages graphically arranged as ergonomic touch controls. They are user-friendly freely programmable and customizable for each member of the household separately. Website access has the advantage of there being no need for installations or continuous upgrades or updating anything on your mobile device anymore. On the contrary, for those who prefer installed apps, the iFoxtrot application is available to download for both iOS and Android platforms. This application adapts itself to the control program in Foxtrot, but it also allows the individual layout of control elements, the setting of customized settings and time programs for requested temperatures for zone heating. A novelty is connecting Foxtrot to Alex, Amazon’s Voice Communication Station, through their cloud interface. Similar devices can be expected from both Google and Microsoft, for which the Foxtrot system remains open.

Teco offers the AC PowerFox Charging Infrastructure Solution Kit for System Integrators and Installers in its range for installations where the following issues arise with the investor:

Security and fire alarms have their rules, standards and certification/homologation according to the scope of the structure and the degree of security. For common tasks, security sensors can be connected directly to the Foxtrot system bus (CIB). For structures requiring a separate security panel, the Foxtrot system features communication channels and protocols to connect all of the major panels on the market – Jablotron, DCS, Paradox, Galaxy, Tecnolarm and Satel. It receives data from the detectors in all the zones and during the shutdown time, so it can use the information from them in constructing new and sophisticated logical conditions for the automatic control of a number of follow-up and related technologies in the house.

Access control is often combined with a security alarm. It is already disarmed by entering the code on the security panel keypad. The Foxtrot system has its own interior and exterior wall-mounted keyboards as well as RFID card readers and tags (key chains), as well as NFC tags, which today most smartphones have. The fingerprint readers are included into the portfolio on bus of the pluggable detectors. On the other hand, standard electric locks, but also more complex self-locking locks and a number of indicating elements are connected to the Foxtrot system bus.